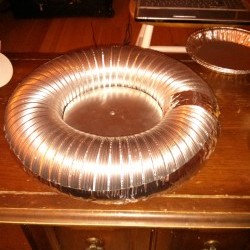 The top load is what turns the secondary coil into an LC circuit.  The idea is that it acts like a capacitor with the ground.  Charge builds up on it’s surface until the potential grows so large that a lighting bolt breaks out. The reason people shape it as a torus is to force the device to generate a few large sparks rather than many long ones. This piece took a surprisingly long time to do.  It also cost more than I had expected.The piece of expandable dryer duct was nearly 30$ plus 20$ for the metallic tape.  I realized after making this thing that I could just as easily used a much cheaper plastic centre.

Still it is always nice to see a project coming together.  It started out like a bunch of isolated bits: 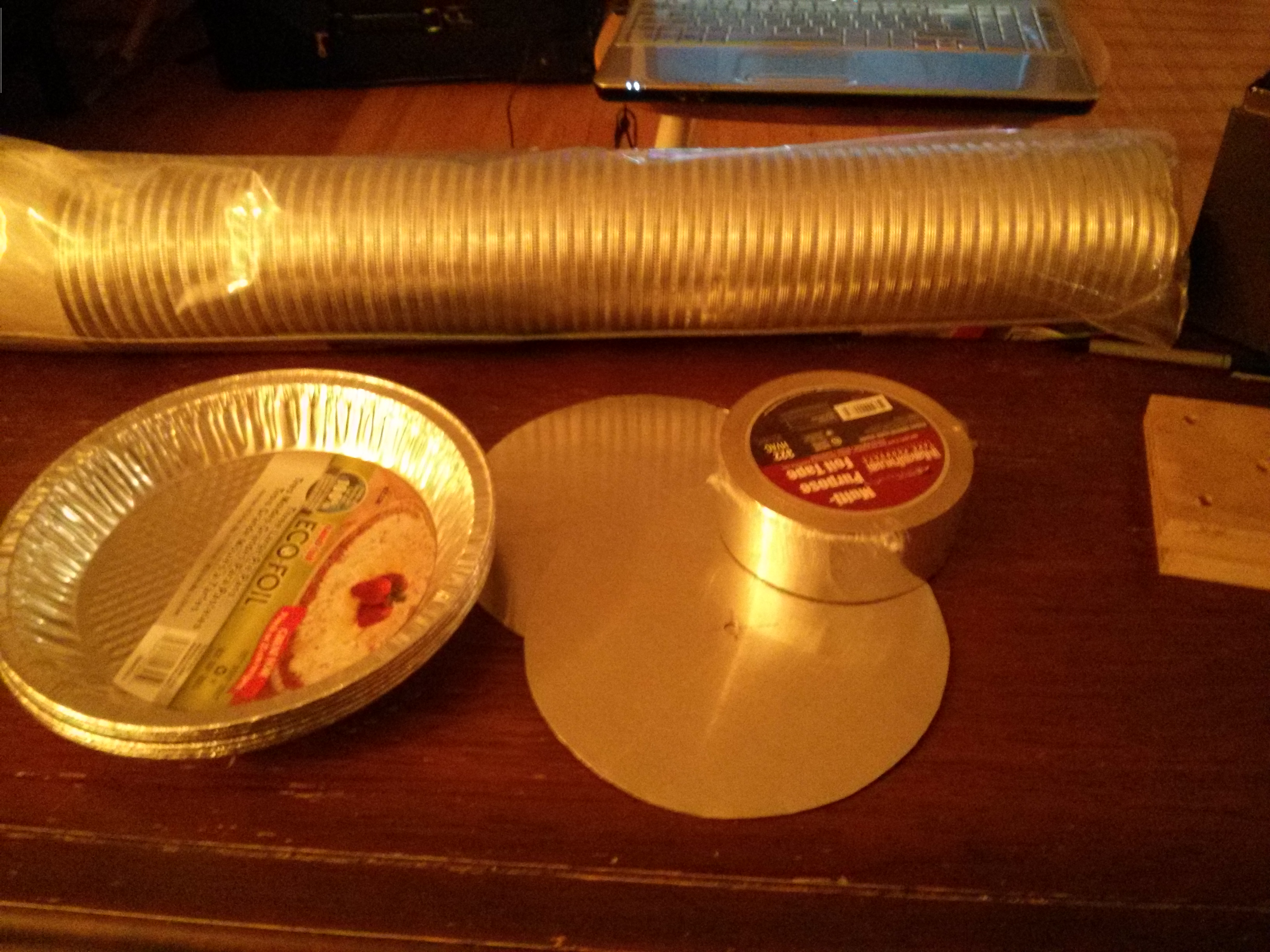 But with copious amounts of time and the proper form I was able to put it all together: 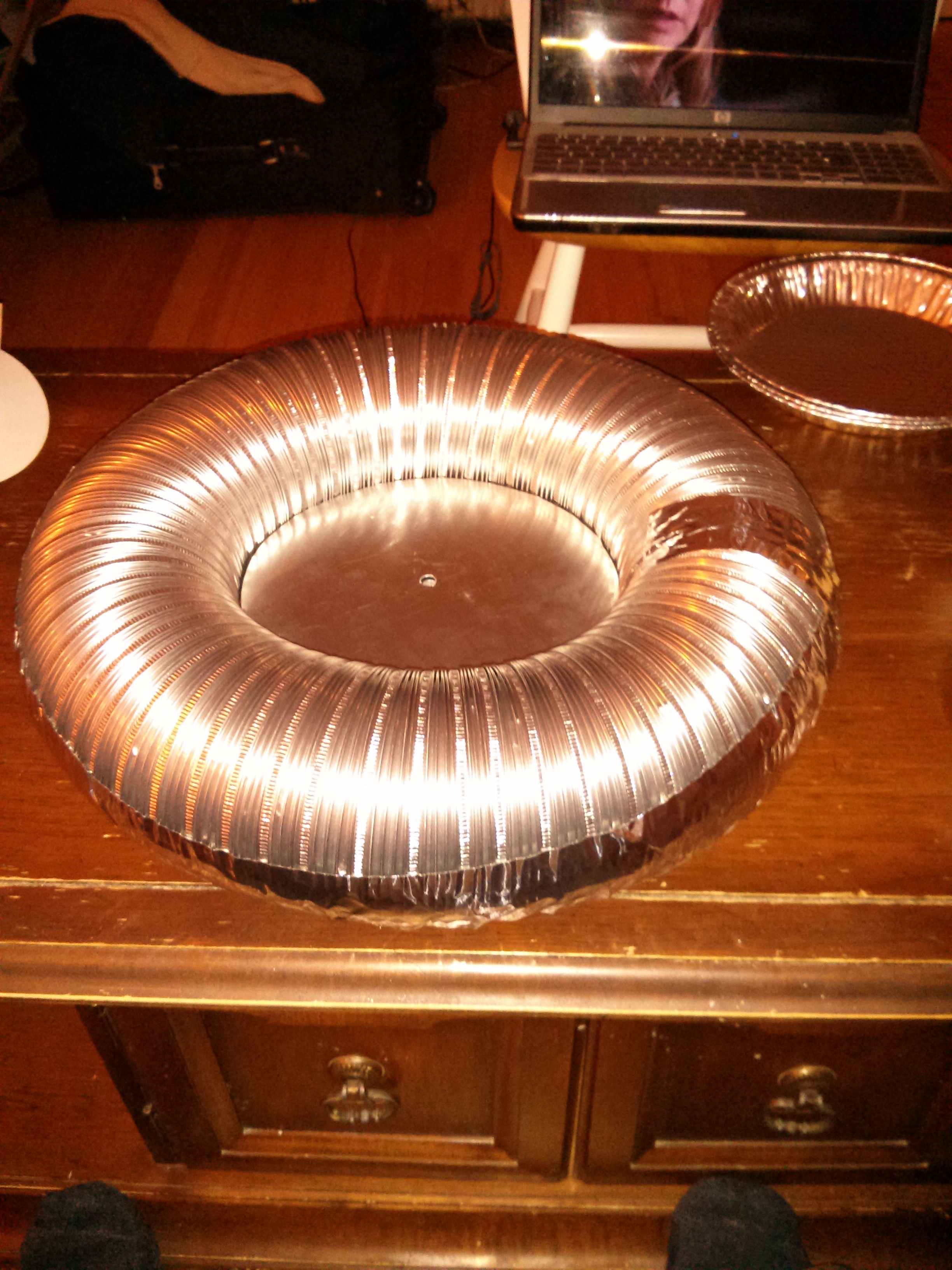 Then finished it up: 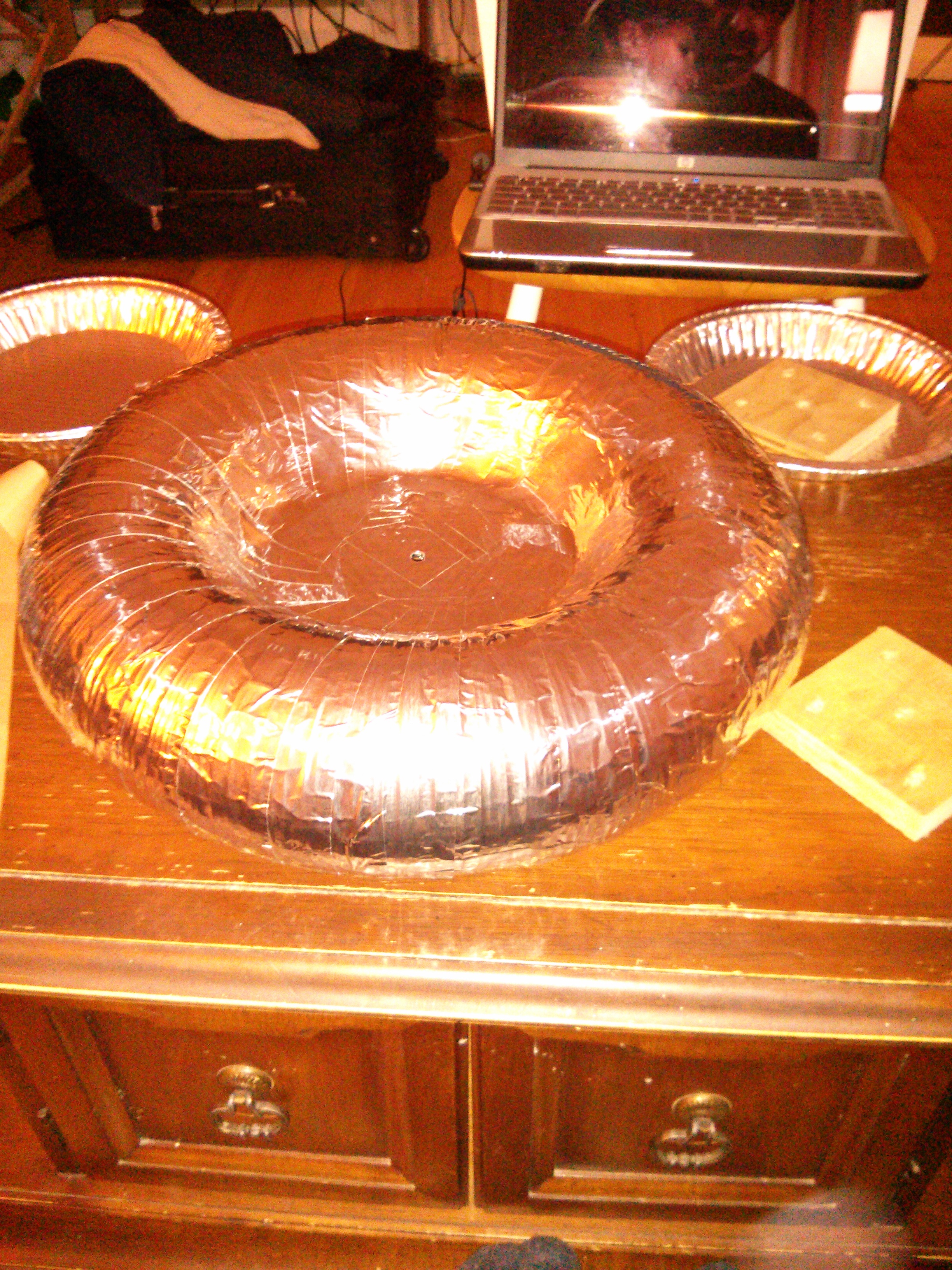 My main concern is that the metal tape I used won’t be conductive enough for the top load to work properly.  If this is the case, then the only thing I can do is cover the thing in tinfoil, not too much work, but it definitely makes the amount of time I spent on this seem silly.

I just wanted to thank Johno and Matt for their help on this project.  Particularly Matt who spend a large part of Saturday morning attempting to track down a neon sign transformer.  We were ultimately unsuccessful, but I have not given up hope yet.